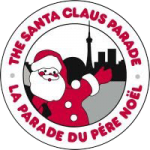 After years of a sales pitch from Ross Johnson to join a group called the Celebrity Clowns Ross succumbed and said okay for one year he would be a Clown if Ross Johnson will leave him alone after it is over. Ross agreed and the deal was struck for Ross to join what was then a group of about sixty or so Clowns. Names like Ron Barbaro, George Cohon, Norman Jewison and Joe Dickstein were about 50% know to him (the two insurance guys) but otherwise the group were all strangers. He never really counted or worried about the numbers as heck he was only there for the Santa Claus Parade of 1993!

Here Ross was, a person from the world of international reinsurance , giving up a Sunday in November to put on a Clown costume and walk with about 59 others in the same garb from Christie Pits to the St. Lawrence Market in downtown Toronto leading the Santa Claus Parade. Do not take him wrong for he was and forever will be a fan of the Parade as it is etched in his earliest days in Toronto. In 1954, as his parents took him to sit on a cold curb and watch the Parade, his love of the Parade and the smiles it built was etched permanently in his memory . After the seven kilometer walk, holding babies, sitting on curbs with families and cajoling merrily often with the line “Santa is only three hours away” he was hooked on the Parade and the role the Celebrity Clowns played. Just being part of the Parade and making children and adults smile with so little effort was enough to have him sign up for another year, and another year and another year …

From one of the Celebrity Clowns to sitting with Ron and Ross on the Clown committee was a highlight of his life’s adventures. Being so intimately involved in recruiting other Clowns was fantastic and the dozens of Clowns he has recruited have in some instances now past their decade mark as a Clown. The committee oversees the new nominees and tries to have a representative group of “celebrities” which means a group of people who want to share their love of the Season and their passion for the Parade. No one knows who is sitting  beside them getting makeup on or who shares a chuckle or two along the route as once the Clown paraphernalia is donned you are just a Clown. The trappings of bank president, senior stock broker, TV personality, hockey player, head nurse and marathon runner, foreign trade expert, just “good” people all disappear as superfluous to the day.

The Parade and the Clown Committee are always looking for new Clowns so give Ross a call or email and let him convince you it is a fantastic experience.

In 2011 Ross was asked to join the Board of Directors of the Santa Claus Parade and he jumped at such an honour and privilege. It is even a greater opportunity to assist in sustaining the Toronto icon known as the Santa Claus Parade. He has never witnessed such a passionate group as the SCP Board (what a difference from an insurance company board!). They work tirelessly to one common goal — the year’s Parade. It always has to better and more inspiring to all who watch it along the route. From generous sponsors to Clowns who pay to be Clowns to the countess hundreds who make it work the city owes them deep thanks. Ross has stated that he cannot begin to describe the efforts so may put forth and all in an anonymous fashion (the best gift is the anonymous gift be it money, work or wisdom and many give all three).

Support the Santa Claus Parade. Its as easy as being a Clown!